Methanogens – visitors from the deep biosphere 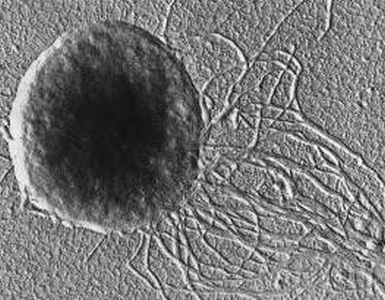 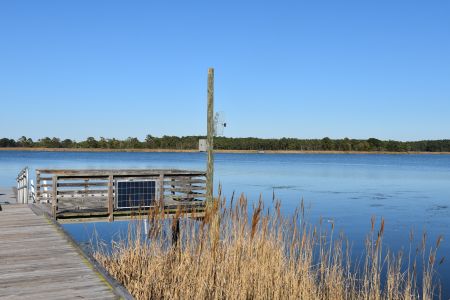 During your tour, you may notice what appears to be an oil slick on the surface of the water. If the oily sheen is easily dispersed, it’s likely that the chemical you’re observing is methane released by an ancient variety of prokaryotes called archaebacteria.  The archaebacteria (Archaea is one of the three recognized domains of living things) were once thought to be comprised only of “extremophiles” (organisms living in extreme environments), but are now know to be widely dispersed, living in environments that include marshlands like the Chesapeake Bay estuary, and in the human microbiome.  Archaebacteria resemble bacteria in their morphology and cellular biology, but have genetic mechanisms and metabolic pathways that are like those seen in eukaryotes.  Some evidence suggests that the Archaea were the first living things to evolve, possibly as early as 3.5 billion years ago.

Although the Archaea are difficult to study by routine microbiological techniques (culture, etc.), investigation of their chemical components (e.g. nucleic acids) can tell us much about the evolution of life, and about changes to specific environments over time.  Bolide impacts, such as the event that shaped the lower Chesapeake approximately 35 million years ago, may have released microorganisms that were inhabitants of the “deep biosphere”, including the methanogens that produce oily patches on the surface of the bay, as described above.  Some researchers have speculated that the greatest extinction event in the Earth’s history (the Great Permian Extinction, approximately 250 million years ago) resulted from high levels of atmospheric methane, following such bolide impacts, the increased vulcanism that resulted from those impacts, and the sudden increase in activity by methanogens.

The deep biosphere in terrestrial sediments in the chesapeake Bay area, Virginia, USA

The origin and emergence of life under impact bombardment