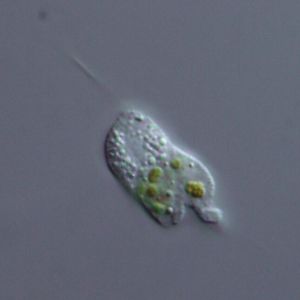 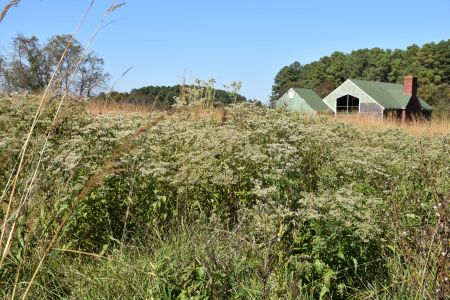 Taxonomy, the branch of science dedicated to classification of organisms, continues to evolve, and is now greatly influenced by molecular techniques that allow taxonomists to group organisms according to their genetic and evolutionary relatedness.  While this has complicated the more general taxonomic groupings, most biologists still think in terms of the six (or five) Kingdoms of living things, when discussing the principle organizational aspects of living things.  In this scheme, the Kingdom protista is comprised of “organisms which are unicellular or unicellular-colonial and which form no tissues”.¹ The protists are commonly subdivided into photosynthetic organisms, and the heterotrophic (non-photosynthetic) protists, which have been termed protozoa.  The protozoa include ciliates (Ciliophora), flagellates (Mastigophora), and amoeba (Sarcodina), terms that describe the organism’s type of motility.

Protozoans play a significant role in ensuring the health of soil.  Soil protozoa add nitrogen to the soil by consuming bacteria and releasing the nitrogen from that metabolic process as ammonia, frequently near plant roots that require nitrogen for growth.  Microbiologists have demonstrated that soil protozoa are particularly active in the rhizosphere.  Soil protozoa also control overgrowth of soil bacteria and microalgae, by consuming as many as 5 million bacteria per day.  Keeping bacterial populations in check also acts to ensure the health of those microbial populations, by limiting overpopulation and competitive stresses. Specific types of protozoans (e.g. flagellates vs ciliates) vary depending on the microenvironment and niche.

Cercomonads are small flagellates that are common in the soil.  They have two flagella that are used for motility and consume bacteria by forming a pseudopod to capture prey.

Smithsonian.com: Soil Has a Microbiome, Too