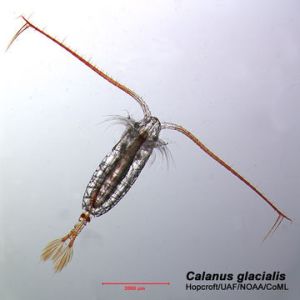 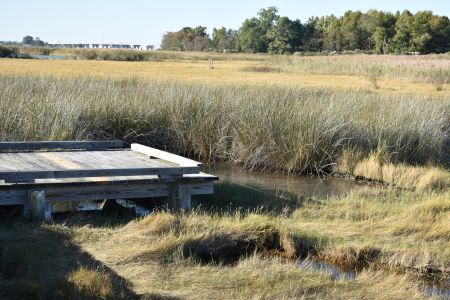 Organisms that live in estuaries such as the Chesapeake Bay require adequate levels of dissolved oxygen in their aquatic habitat.  The requirements vary depending on the organism and on their specific niche.  In the Chesapeake Bay, aquatic animals require a range of 1-6 mg/L of dissolved oxygen.  Oxygen sources for aquatic environments include atmospheric oxygen that diffuses into the water, and oxygen produced by photosynthetic organisms.  Decomposers (fungi, bacteria, etc.) deplete oxygen by using it in their metabolic processes.  When substances that act as nutrients for the decomposers (e.g. sewage, fertilizers, etc.) become more concentrated, oxygen depletion can occur, resulting in “dead zones”, oxygen levels may be dangerously low (hypoxia) or absent entirely (anoxia).  Over the last few decades, scientists have tracked dead zones in the Chesapeake Bay.

The effect of these dead zones on aquatic life and on the general health of the Bay can be analyzed by determining changes in the numbers of organisms such as zooplankton, and by correlating these numbers with corresponding changes in oxygenation.  Researchers have used relative copepod abundance, as well as their relative vertical position in the aquatic environment, in this sort of analysis.¹ Such studies have indicated that this indicator reliably corresponds with changes in oxygenation, and may predict more general changes on the estuarine environment.

Copepods are multi-celled (metazoan) animals that are abundant in all aquatic environments around the world.  They range in size from approximately 0.2 mm in length to almost 10 mm, with an average length of approximately 1-2 mm.  As such, at least a magnifying loupe is generally required to visualize them.  They are crustaceans, and may be “free-living, symbiotic, or internal or external parasites on almost every phylum of animals in water”.² The subclass Copepoda is incredibly diverse, with about 21,000 described species. Paleontologists have discovered copepod fossils dating to the Cambrian period (about 541-485 million years ago).  Free-living (non-parasitic) copepods tend to be planktonic, but some may be benthic. Some researchers have stated that copepods may represent the largest animal biomass on Earth³, and as such, represent a significant layer of the global energy web and carbon cycle.

²Smithsonian National Museum of Natural History – The World of Copepods