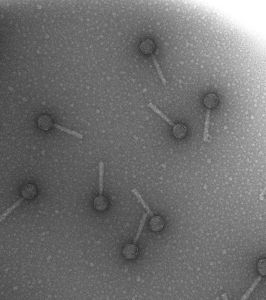 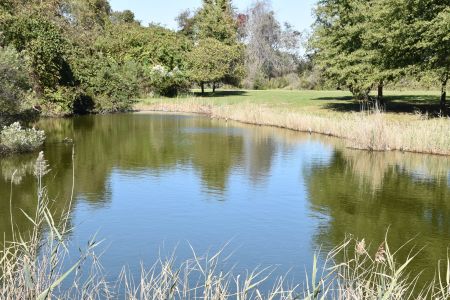 Viruses are infectious agents that are only able to replicate inside a living organism.  They typically consist only of a nucleic acid molecule (either DNA or RNA) and a protein coat (which is sometimes covered by a lipid envelope).  When viral particles exist outside of a living cell, they are called virions.  Viruses infect every type of organism.  As with other microbes, the vast majority of viruses are not pathogenic to humans (or to other host organisms), although viruses are rarely discussed except in that context.  Recent estimates suggest that there are approximately 1031 virus particles in the oceans.  Based on such astronomical numbers, attempts to estimate the total number of viral species on Earth, or even those that inhabit living organisms, is a speculative effort. Although the icon associated with this station is a microscope, viruses cannot be visualized with “normal” light microscopy.  Viruses range in size from 20 to 400 nanometer (a nanometer is equal to 10-9 meters), so special techniques (e.g. electron microscopy) is required in order to view virons or the viruses infecting cells.

Microbiologists have estimated the distribution of viruses in the Chesapeake Bay. In a 1991 study, results of such a study indicated that the number of viruses in the Bay “ranged between 2.6 x 10(6) and 1.4 x 10(8) viruses ml-1 with a mean of 2.5 x 10(7) viruses ml-1”, with significant increases in numbers during the summer months.¹ One of the researchers’ conclusions, following this study, was that “The high virus counts obtained in this study suggest that viruses may be an important factor affecting bacterial populations in the Chesapeake Bay, with implications for gene transfer in natural aquatic bacterial populations and release of genetically engineered microorganisms to estuarine and coastal environments.”

Although many viruses identified in estuarine environments, such as the Chesapeake Bay, represent disease threats to other organisms that live or interact with the waters of the estuary, there are also viruses present in such environments that are known to be beneficial, or may prove to be so, with additional research.  One example of this is the recent discovery of a virus (OMKO1) in a Connecticut pond that may prove useful in treating infections by multi-drug resistant bacteria, which currently pose an increasingly significant threat to humans.² This virus acts on the human pathogen, Pseudomonas aeruginosa, by effectively allowing antibacterial compounds to more easily enter the bacterium.  The study is also significant because it represents the advancement of the therapeutic alternative known as “phage therapy” (bacteriophages are types of viruses).³

Applied and Environmental Microbiology: Distribution of Viruses in the Chesapeake Bay

How Many Viruses on Earth?

All the Virology on the WWW

An Infinity of Viruses