Birds identified on Hummock Loop in the Winter (December through February)

You are here: Home1 / Birds identified on Hummock Loop in the Winter (December through Febru...

Many different species of birds can be seen along Hummock Loop during the Fall (August through November).  Here are a few birds that are frequently identified. 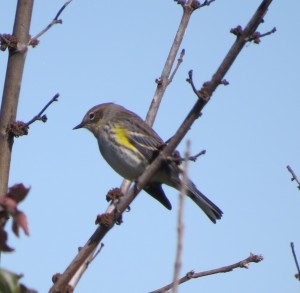 Yellow-rumped Warbler, Setophaga coronata, loves Bayberry bushes and juniper trees in the late Fall and Winter.  It eats a lot of insects.  Its song is a clear warble, sidl sidl sidl seedl seedl seedl when perched and a more commonly heard chwit svit when flying.  It is 5.5″ in length, a wing span of 9.25″ and weighs 0.43 oz. 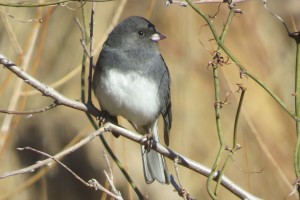 Dark-eyed Junco, Slate-colored Variant, Junco hyemalis, can be seen year-round, though more common in late Fall and Winter.  Juncos eat insect, including beetles, caterpillars, ants, wasps and flies.  Their call is a very high smacking stip and has very warbling phrases in Spring.  Their flight call is a sharp, buzzy tzeet.  It is 6.25″ in length, with a 9.25″ wing span and weighs 0.67 oz. 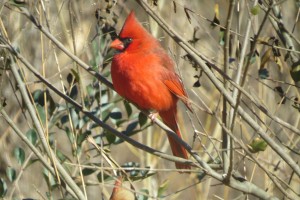 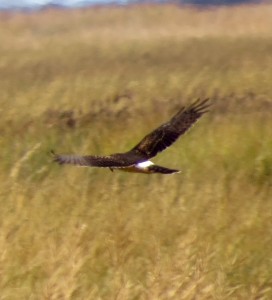 Northern Harrier, Circus cyaneus, is seen coursing low over marshes and grasslands.  Their voice is a piercing whistle eeeya or sseeeew. They eat small mammals, reptiles, amphibians, and birds.  It is 18″ in length, a wing span of 43″ and weighs 15 oz.